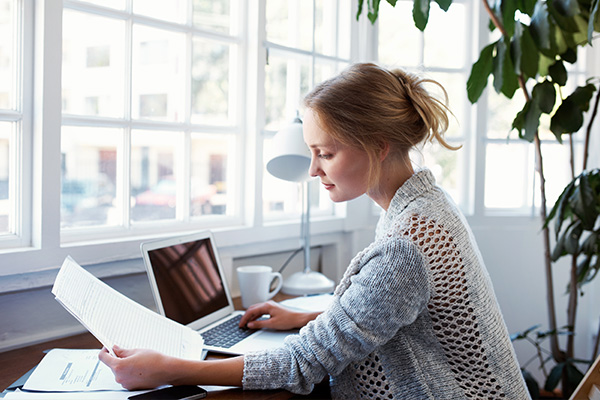 Court Appearances are a very stressful part of relationship breakdowns. Most often, parties can work together to avoid going to Court, but occasionally the only way to overcome an impasse is to bring the matter before the Court. Once you decide to bring a matter before the Court the next step is filing the appropriate materials, often including Affidavits. An Affidavit is a written statement of the relevant facts, which you swear to be true.

Helping client’s draft Affidavits is something we do on a regular basis at Crossroads Law. We are here to help you decide what things are relevant and should be included in your Affidavit. Sometimes during this process, we receive an Affidavit from the other party and clients will say “But none of what they are saying is true!”. This can be one of the most frustrating parts of going to Court. Reading the sworn statement of the opposing party and feeling like they have taken creative license in the writing of “facts”. What can be done about this?

On several occasions, my clients have told me that “His/Her affidavit is not true and I can prove it. I secretly recorded our conversation on my phone. Let’s use this in court!” A recent decision from the Alberta Court of Queen’s Bench outlines the process behind using those secretly recorded conversations in Court.

In the case of St. Croix v St. Croix, [2017] AJ No 819, Justice Feehan made a determination regarding whether or not to take into account an iPhone recording of a conversation between a Mother and Father where the Father allegedly threatened the Mother’s life. In coming to his decision, Justice Feehan reviewed some of the case law which dealing with this issue. Courts have found that “it is a rare case where illegally obtained evidence should be admitted, and only after the trial judge holds a voir dire to determine its admissibility…the onus is on the party seeking to enter such evidence to establish a compelling reason to do so... If we accept that acrimony between parents and the adversarial process is damaging to children, admitting such evidence under the guise it is relevant to determining a child’s best interest seems counterintuitive. Admitting such evidence encourages more. Not only does it risk rewarding the parent who possesses a greater acumen for documenting and recording, but it prolongs the litigation and increases expense with ever more voluminous affidavits and exhibits.” I agree with Justice’s Feehan’s statements that allowing every litigant to present recorded evidence to the Court would only encourage drawn out legal battles. In most cases, the best way to move forward after a relationship breakdown is to avoid an unnecessary increase in animosity. Bringing secretly recorded conversations into Court is only going to increase the animosity between parties and encourage more secret recordings. There is potential for all conversations between ex-partners to be recorded and a resulting complete breakdown in communication between parties.

Justice Feehan did quote Justice Lee where he said that, “[recordings on conversations] can constitute a real evidence of conversations or events that they depict, as long as the other side is aware before the hearing date that these recordings exist and are being relied upon…”. However, if the recording is to be allowed it should only be after a voir dire. A Voir Dire if often referred to as a trial within a trial. In the case of determining the admissibility of a secret recording, the Judge or Justice will likely hear separate evidence as to the relevance of the recording and the circumstances under which it was obtained. Understanding that the Courts have a general aversion to allowing the use of recorded material, due to the policy considerations outlined above, it is likely a rare case that the Judge or Justice will allow the recording to be used.

It is important to keep in mind that there are different types of Court Applications, and each come with constraints. If you are bringing an application in Morning Chambers (the most common type of family application), then it is unlikely that the Justice will have the time or inclination to undertake an examination of whether or not to allow the recording in submissions. It may be more likely that recordings are included if presented in the context of a Trial or a Domestic Special. However, given Justice Feehan’s decision, the use of recorded conversations may be severely limited in all contexts.

If you have any questions regarding the potential admissibility of a recording in your possession, feel free to contact us. The family lawyers at Crossroads Law have experience presenting recorded conversations in Court and can help you determine the best path forward.