Why Some Separation Agreements Get Challenged 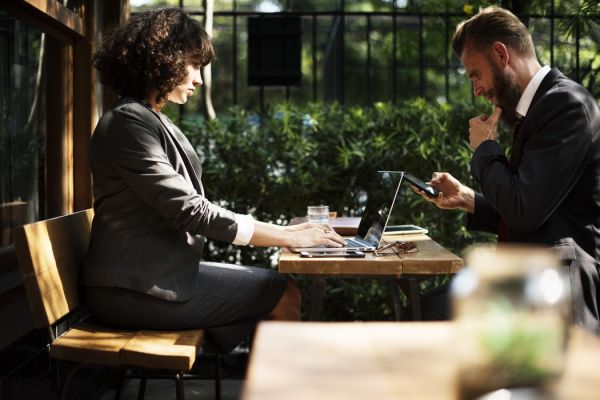 After a separation or divorce, the goal in a family law file often becomes entering into a binding separation agreement or divorce agreement. A separation agreement is a contract between former spouses which governs issues like parenting time, custody of children, child support, spousal support and the division of matrimonial property. Some of these divorce agreements can be vulnerable to attack later depending on the circumstances in which they were negotiated and whether a family lawyer drafted it.

While parties who have entered into a separation agreement are contractually bound to follow its terms, there have been cases where a court has set aside an agreement after the ink has dried. The main reasons for divorce or separation agreements to be set aside include duress, coercion, unconscionability, mistake and lack of complete financial disclosure. These are mistakes that are often made when there has been no independent legal advice.

The factors the family court will weigh in deciding whether to set aside an agreement were enunciated in the Supreme Court of Canada cases of Rick v. Brandsema, 2009 SCC 10; Hartshorne v. Hartshorne, 2004 SCC 22; and Miglin v. Miglin, 2003 SCC 24. The factors include:

Just like a commercial contract, the validity of a family law contract can be challenged for several reasons based on the common law of contracts:

The Supreme Court of Canada clearly stated in Rick v Brandsema, 2009 SCC 10, that intervention of the court in setting aside separation or divorce agreements will depend on the unique circumstance of each case and emphasized the need for full and honest disclosure:

[49] Whether a court will, in fact, intervene will clearly depend on the circumstances of each case, including the extent of the defective disclosure and the degree to which it is found to have been deliberately generated.  It will also depend on the extent to which the resulting negotiated terms are at variance from the goals of the relevant legislation.  As Miglin confirmed, the more an agreement complies with the statutory objectives, the less the risk that it will be interfered with.  Imposing a duty on separating spouses to provide full and honest disclosure of all assets, therefore, helps ensure that each spouse is able to assess the extent to which his or her bargain is consistent with the equitable goals in modern matrimonial legislation, as well as the extent to which he or she may be genuinely prepared to deviate from them.

Alberta’s Family Law Act and Matrimonial Property Act codifies principles of parenting, child support, spousal support and property division which the court considers when setting aside family agreements. The more a separation agreement deviates from statutory objectives, the more carefully a family law judge will scrutinize the agreement. Therefore, extra caution must be applied in the drafting of an agreement if it includes an unequal division of matrimonial property or a waiver of spousal support.

Furthermore, the Alberta family courts may set aside or replace all or part of a divorce or separation agreement if satisfied that the agreement is significantly unfair on consideration of the following:

The courts will only enforce separation agreements that have been entered into freely and voluntarily. The courts will not enforce an agreement where one of the parties used their position of power to achieve an unfair advantage. This can include a party signing an agreement while under extreme stress, like right before a wedding or following a traumatic event.

Separation agreements that are extremely unfair can also be found to be unconscionable, as can agreements formed under a fundamental misunderstanding about the nature of the family finances. When people enter into a separation agreement, they do so with an assumption that certain material facts are true. These assumptions are what the agreement is built on and reinforce its’ validity. If one of the parties has failed to make full disclosure of these sorts of material facts, or if one party has lied about or misrepresented these facts, the courts may be willing to overturn the agreement. Complete financial disclosure between the parties ensures that a level playing field is achieved between the parties as they then share knowledge of all the aspects underpinning the separation agreement.

In Alberta, parties entering into a separation agreement should ensure the essential formalities are met: the agreement is in writing, it is signed by the parties and it is witnessed by third parties. The exchange of full financial disclosure and the receipt of independent legal advice from a family lawyer will make the agreement substantially less vulnerable to being set aside. Also, we have seen some terrible separation agreements copied from online templates. If you are serious about getting an agreement that will hold up over time, get it done right by a family lawyer or a family lawyer may successfully challenge it later.

If you have uncovered an issue in your separation agreement, it is important to act quickly by obtaining legal advice from a family lawyer. The family lawyers at Crossroads Law can help you assess the possibility of your agreement being set aside by the court. It is helpful to bring your separation agreement into your consultation so that the lawyer is aware of the content of the agreement.

The lawyers at Crossroads Law are also available to provide independent legal advice before you enter into a family agreement and this includes prenuptial, cohabitation or separation agreements.